A narrative, rarely fits facts.   Unfortunately, it's just the times that we live in.  Facts have taken a back seat to narrative.

I'm sorry, if I don't put opinions in the same classification as facts, because they're not.  They're only opinions.

Case in point:  The government would like for us to believe that increasing taxes on the "rich" (which I'm not sure its ever been specifically defined by the government as to who classifies as "rich"), will be a some sort of magic elixir that will solve all our troubles.

The narrative is that the government needs to collect more revenue from the "rich".    As it turns out facts once again get in the way of narrative.  While "taxing the rich" tugs on the ol' emotional heart strings, it simply doesn't pass the smell test.  What the government doesn't realize is that it's doesn't have a revenue problem, it has a spending problem.  Take a look at the chart below comparing tax receipts vs. spending, going all the way back to 1960, and what you'll find is that once upon a time (and for a long time), government didn't have a spending problem.

The Great Recession changed all of that.

How it gets fixed, and when it gets fixed, I do not know (nor does anyone else, because there are no FACTS about the future).   I just know, that the narrative of "tax the rich" doesn't equate to the facts.  Government doesn't have a revenue problem, however, it does have a big spending problem.  It's the same problem that the government created 13 years ago, and continues unabated today. 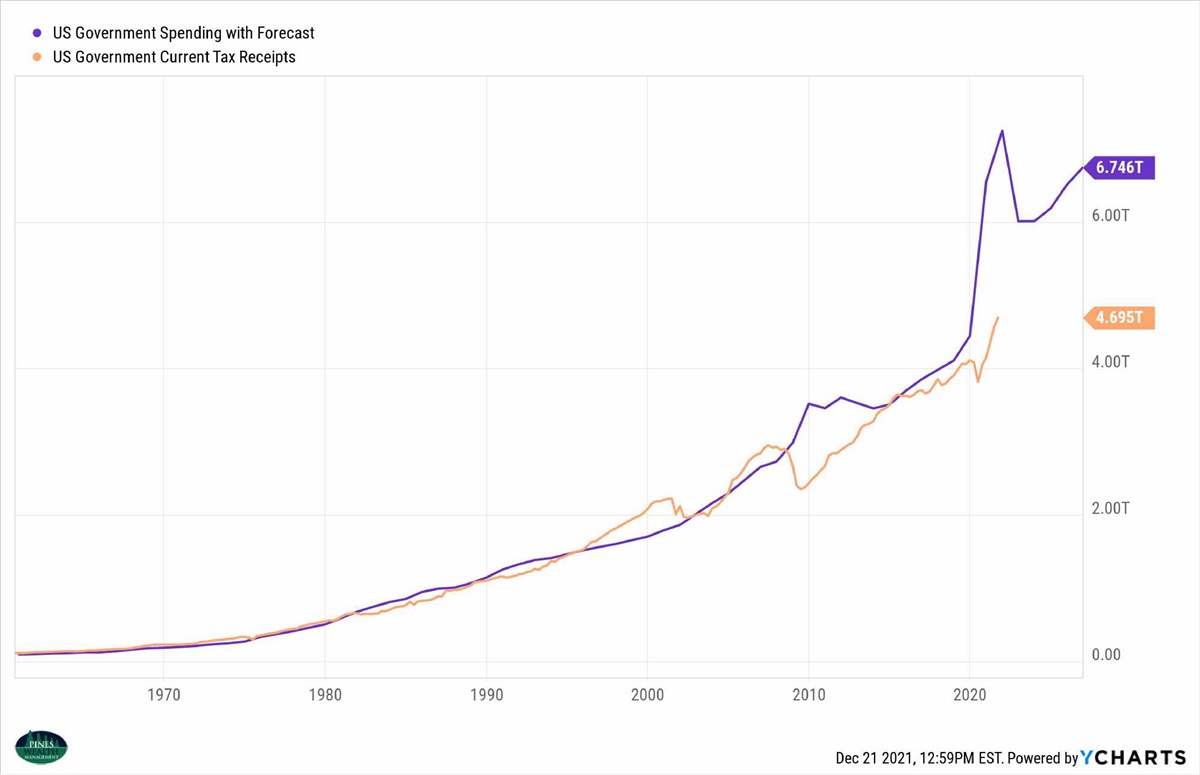